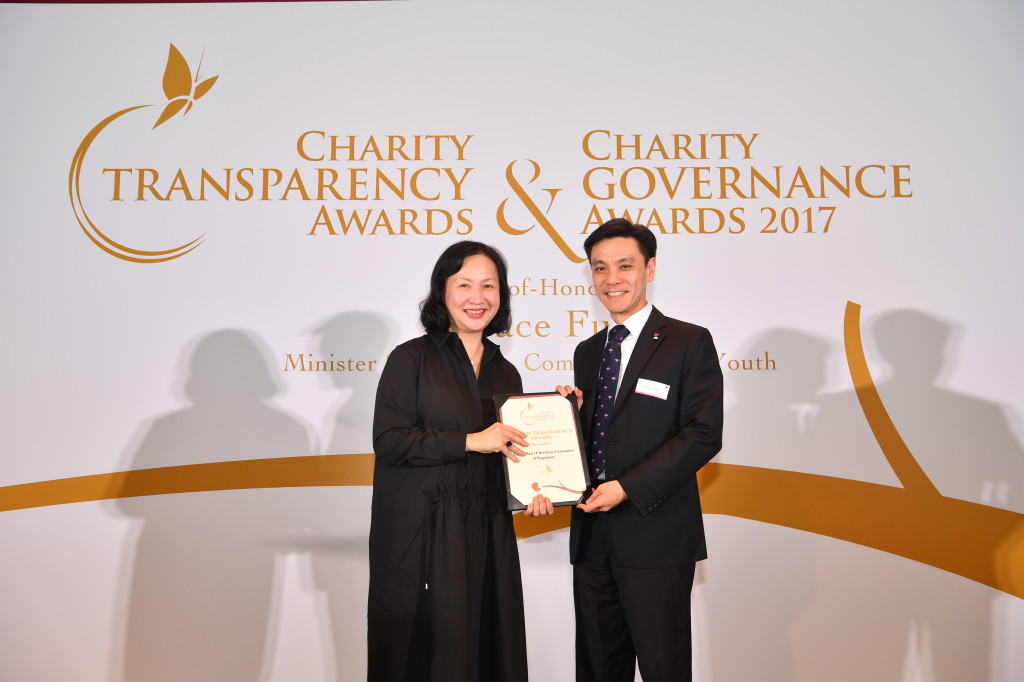 We are pleased to share that YMCA of Singapore was awarded the Charity Transparency Award 2017 (CTA) for the large charities category.

Mr Leslie Wong, President, YMCA of Singapore received the award from the hands of MCCY’s Permanent Secretary, Ms Yeoh Chee Yan at the Charity Transparency and Governance Awards ceremony on 15 November 2017 at Sheraton Towers Hotel Singapore.  The event was graced by Ms Grace Fu, Minister for Culture, Community and Youth.

We give glory to God for blessing us with this award, as it affirms our commitment in living out two of YMCA’s core values – accountability and honesty.